Are Your L&D Initiatives “Helping the Kid in the Bed”? Aligning L&D to the Bigger Mission 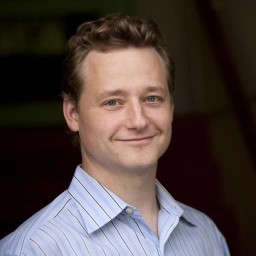 One of the biggest challenges that Rebecca Phillips faced as an L&D executive in a children’s hospital was getting buy-in from stakeholders. Whether she was designing a training program for care providers or offering coaching for executives, the question that frequently confronted her was “How does this help the kid in the bed?”

Similarly, Ryan Johnson, an HR manager in a lumber products company faced the question “How does this help create lumber products?” His company’s learning and development strategy is to “grow from within”. It’s driven by senior leadership because their industry is relatively small and competition for qualified talent is tough. However, for plant managers who are removed from the strategic discussions, the connection between leadership development and their immediate work is less obvious.

In Steve Jobs’ famous 2005 Stanford commencement speech, he shares the story of his university experience. Rather than enrol in a standard university program like other students, Jobs elected to drop out (sparing his parents the expense) and sit in on whatever classes peaked his “curiosity and intuition”. For example, he sat in on a calligraphy class and found an appreciation for “what makes great typography great” which ultimately led to the development of the Mac, a beautifully crafted machine relative to its DOS-based competitor at the time.

By sharing his story, Jobs urges his listeners to have faith, follow their source of inspiration, and connect the dots later. While this advice may work to inspire new grads to follow their passion and reach for the stars, it isn’t always a luxury that L&D managers have when it comes to enrolling their people into training programs, especially when the development initiatives espouse the merits of hard-to-define skills.

In education, Sir Ken Robinson, popular TEDTalks speaker, reminds us that there is a hierarchy of subjects in just about every school in the world. At the top are maths and sciences, at the bottom are the arts. Robinson argues that the systematic promotion of a single form of intelligence that has students excel in math ignores other forms of intelligence and is stripping away the creativity and innovation inherent in children.

The hierarchy of subjects in schools extends to the workplace. Many people in professional corporate roles weigh technical skills at the top of the list and soft skills at the bottom. And for good reason. Many computer science graduates can walk into 6-figure jobs straight out of university, especially if they study machine learning or artificial intelligence.

The mental associations we have with hard and soft skills are even more basic than that though. We all know that you have to learn how to do long division. We don’t think of applying the same rigor of practice to skills that amount to playing nice in the sandbox and being the class valedictorian. We don’t think of rigorously learning and practicing interpersonal communication such as empathy and listening. And yet, the research and evidence overwhelmingly supports the assertion that innovation and creativity rely on it.

With the swift introduction of the global pandemic, the need to be agile and creative went from a nice-to-have to essential. Seemingly overnight, companies with thousands of office workers found themselves adjusting to unprecedented levels of remote working conditions while also trying to assess and react to the economic effects of the virus.

To thrive in today’s globally-impacted, uncertain environment, companies have had to learn how to adapt quickly, at scale.

How groups of individuals successfully learn and adapt is a question that Harvard professor Amy C. Edmondson has been asking for over 20 years. In her latest book titled The Fearless Organization, she explains that the most effective teams succeed when its members perceive a low amount of interpersonal risk within the team.

Back in 2011, the CIA gathered intelligence on Osama Bin Laden’s location and the information was quickly brought to the highest decision makers in the United States. The decision to embark on the Bin Laden raid had to be made quickly and it hung on the precious words of one person. It is a wonderful illustration of how important interpersonal risk is in a team setting, particularly when the stakes are high.

In the room were many of the highest, most influential individuals in the country. Among that group was the head of the FBI, the President of the United States at the time, Barack Obama, and Dave Cooper, a Navy SEAL senior operations leader who shared the story with me. After weighing the pros and cons of the mission, everyone in the room had the opportunity to say what they would do. They all voted against the mission except one solitary voice from a CIA intelligence officer whose boss had just voted against the mission. She concluded that they should move ahead with the mission citing with utter confidence “It’s him. 100%, it’s him”.

We all read the headlines and know that it was a successful mission, however, the easier path for this woman would have been to acquiesce and go with the popular vote. Perhaps she is more outspoken and confident than the average person, but there was likely something else going on. She likely felt enough safety and trust in that environment that she could vote against the most powerful people in the country and not face negative consequences. In short, she felt a high level of psychological safety and a low amount of interpersonal risk.

That ability of team members to speak up, share thoughts, and contribute to others is how teams learn. We can no longer rely on the smartest person in the room to make all the decisions because intelligence comes from everywhere now. The scale and complexity of today’s problems often requires multi-disciplinary teams to come together and challenge each other. It’s not about being polite and agreeable. Like that CIA intelligence officer demonstrated, it’s about voicing opinions, especially when they’re not popular.

Psychological Safety: One Way to Connect the Dots

What does all this have to do with a kid in the bed or making lumber products?

Psychological safety has everything to do with it because it can be measured. Edmondson, who popularized the term “psychological safety” developed a 7-question assessment that has proven to be a robust and valid metric that correlates with outcomes. Google performed their own independent research concluding that the highest performing teams have the highest levels of Psychological Safety. They “found that what really mattered was less about who is on the team, and more about how the team worked together”.

In the popular book and movie featuring Brad Pitt, Moneyball tells the story of how statisticians disrupted professional baseball by looking at richer data. While fans and scouts were enamored by statistics touting the dominance of individual players, the statisticians were more interested in the player statistics that, when aggregated with the rest of the players on the team, led to more team wins.

In the business world, there are a number of important and prevailing individual statistics such as sick days or worker turnover but I would argue that they do not give a rich enough perspective of what is happening within teams to explain the outcomes.

Psychological safety, which is a team-based construct, gives you the temperature of the environment in any given team. It tells you how safe members feel to speak up, collaborate, and learn. And that temperature changes over time.

Having spent more than 15 years in the coaching and training industry, I believe that many of the best intentioned training and development programs can and would increase psychological safety but they didn’t reach their full effect because the dots were not connected for the participants.

The point of learning soft skills is to have individuals, teams, and organizations learn faster, innovate, and solve the world’s biggest problems. It’s not about you. It’s about helping the kid in the bed.

Noomii.com is the world’s largest network of high quality, expertly curated coaches whose purpose is to unleash the collective potential of people to solve the world’s biggest challenges. Noomii partners with forward-thinking, global organizations to design and deliver bespoke, scalable, and data-driven coaching initiatives to support leaders and teams in achieving more than they thought possible. In 2019, Noomii partnered with The Fearless Organization to certify the first global cohort of leadership coaches on the Psychological Safety Scan, as developed by Harvard Professor, Amy C. Edmondson. To ensure quality and consistency across all coaching engagements, Noomii’s team of coaching experts manage the process, whether you have one engagement or thousands. To explore if Noomii is the right coaching and development partner for you, schedule a call with a Noomii expert today!

Stephan Wiedner is the CEO of Noomii.com, the world's largest network of high quality, expertly curated coaches whose purpose is to unleash the collective potential of people to solve the world's biggest challenges. Stephan is an expert in coaching and psychological safety. His writing has been featured in Entrepreneur.com, LifeHacker.com, Forbes.com, and many others.